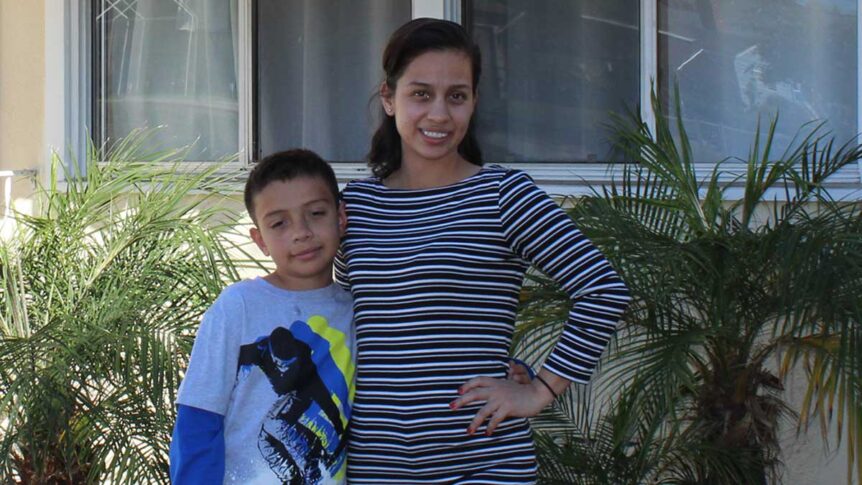 “I was sick and tired of renting,” she remembered, “I started renting when I was 18. When I was 26, I decided to buy a home, to create a stable environment for my son.”

However, Rebecca realized that reaching her goal meant she would be taking a risk since she didn’t come from a family with knowledge of homeownership. Determined to live differently, she began researching programs that help lower income buyers purchase a home. Her research led her to New Economics for Women (NEW), where she registered for our Homebuyer Education Workshop. In the workshop, Rebecca also learned the necessary steps to become purchase-ready along with the benefits of owning a home.

“The workshop facilitator was very motivating,” she recalled fondly, “He genuinely believed that everyone in the room could own a home.”

After the workshop, Rebecca met with a NEW counselor to identify her barriers and to create an action plan, especially to tackle her lack of credit history. With this very limited credit profile, her NEW counselor suggested that she open a secured credit card as a way to start building activity and increase her score. Additionally, Rebecca began to save aggressively. In only three (3) months, she doubled her savings, and after just seven (7) months, she had a credit score rose of 743, a 51-point jump from where she had started.

Then just a few months later, after only about a year after working with NEW and a few subsidy programs (securing over $84,000 in down payment assistance), Rebecca closed escrow on her first home!

“I did it for my son; I did it for us. We don’t live in a shoebox anymore,” she described, “We have a basketball court, and a dog.”

More than a home with lots of room for today, Rebecca’s decision to pursue her goals has provided a future and an example for her son.

WE are committed to helping transform the lives of the community, including Latinas and their families, with cutting edge and sustainable pathways to success.

At NEW we encourage innovation and “thinking outside the box”.

Some families are particularly at risk during health crises like the current global pandemic as it makes worse the economic disparities that we already fight in this country. Understand what you need to know to keep you and your family safe.

The beautiful thing about generosity

is that it is an investment that benefits the giver just as much – or more – as the receiver.